So I have heard from a number of people about uniformed men in boats on Gun Lake taking pictures last week. 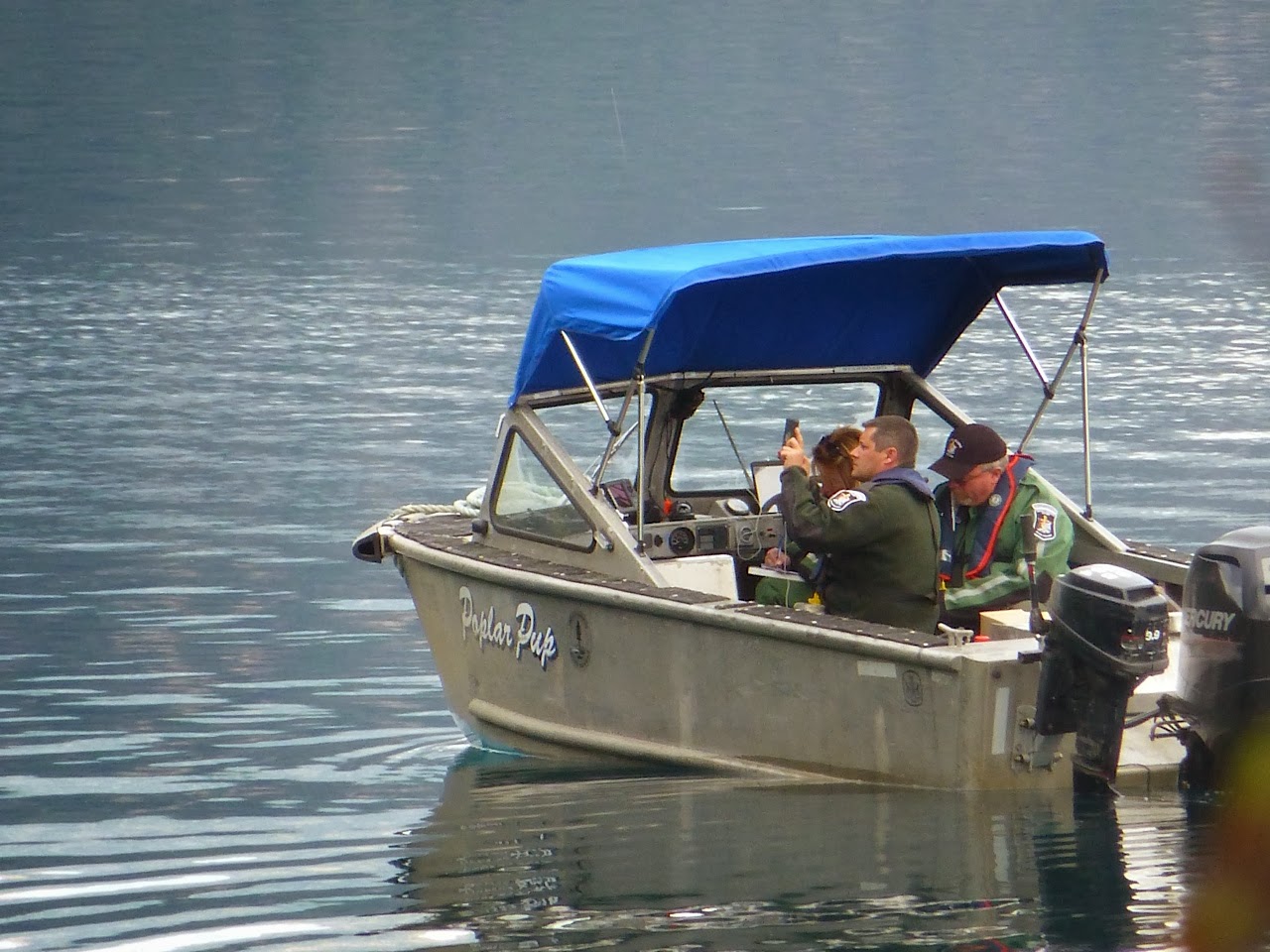 There was an original video assessment done of structures below the water line (thus on Crown Land ) in 2008.  The Ministry was back on Gun Lake developing an inventory of all structures on crown land below the water line. This would include docks, decks, walls, water systems etc.  They will take this inventory and compare to tenures, notifications and other forms of permissions granted to private property owners for these structures.

According to the Ministry officials, no decision , as yet, has been made as to further enforcement of anything that does not have appropriate tenures (docks, decks, etc) and licences (water) and will depend upon analysis of the information they now have.

In speaking with the Ministry, they indicate they would not come in with the heavy hand, but rather more of a notification that you are not in compliance and would give you time to get into compliance.

Please read my previous blog post about this topic - it is about half way down the page and includes some resources/information on how to get the appropriate tenures etc.
http://www.debbiedemare.com/2013/06/do-you-own-timber-on-your-property-and.html

It should be noted that this is an initiative underway across the Southern Interior with projects being done on other lakes such as Paul Lake and Shushwap Lake.  If you google it you will see some of the media coverage of what has occured there.

Posted by Debbie Demare at 2:26 PM

Another meeting was held last night with Bruce Morrow who reviewed the current situation with forests in our area including the various pests that have attacked the trees, the state of the forest, and what he is proposing for fuel mitigation projects in the next couple of years.

The main concern of last night's meeting was the increased observed attack by Douglas Fir Bark Beetle. This beetle generally attacks downed trees, however it will also attack "stressed" live trees and this is exactly what it is doing in the Gun Lake area.  Once these trees have the Douglas Fir Bark Beetle in them - they are done for!  PROPERTY OWNERS YOU NEED TO REMOVE THESE TREES , BURN THEM OR AT THE VERY LEAST GET ALL OF THE BARK OFF OF THEM BEFORE NEXT SPRING!!! Next spring /early summer these Douglas Fir Bark Beetle will fly short distances and find the nearest down tree or nearest very stressed fir tree and away you go.  One flight from one tree can affect up to 8 other trees.

Another concern is firewood. If you bring firewood in that has bark on it and has these beetles in the wood they will also fly to your nearest down/stressed fir and you now have a whole bunch more trees that will die.

Please see this pictures taken last night by Norris Girling.  What  a great job he did, thank you so much Norris.    These photos will help you identify your firs that have the Douglas Fir Bark Beetle in them.   If they have the reddish/yellow "frass" on the bark, your tree has the Douglas Fir Bark Beetle in it!!!    Please deal with them, we have enough issues with our trees in the Gun Lake Watershed, we don't need more! 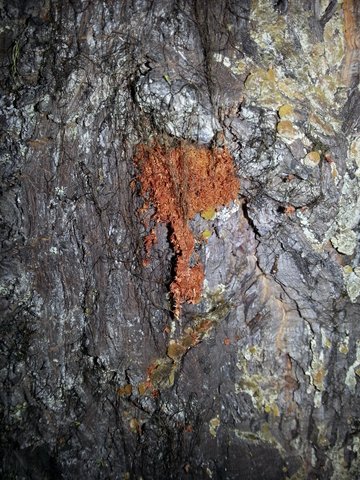 This reddish material sort of looks like a combination of sawdust and a kind of dead mossy looking stuff. 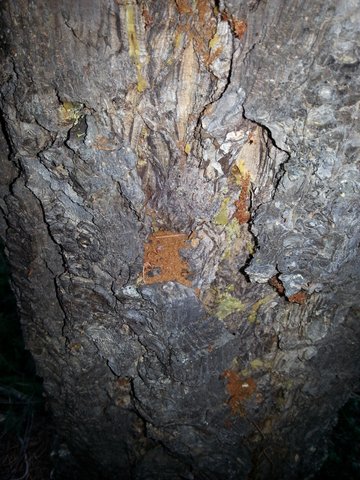 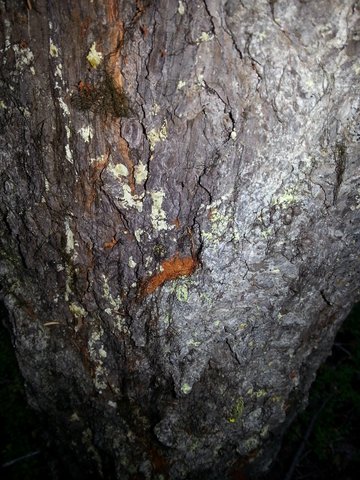 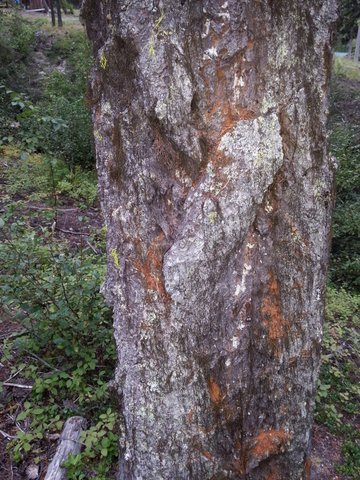 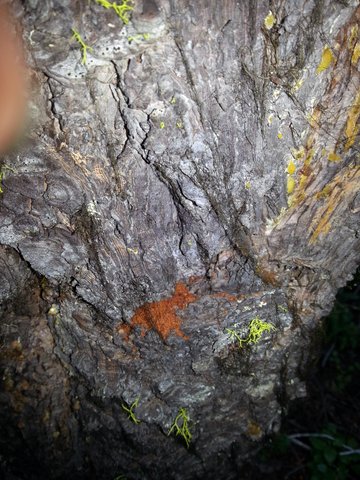 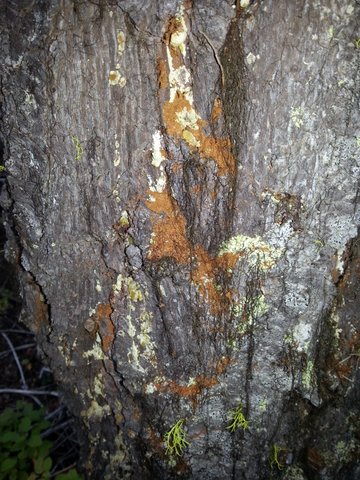 Posted by Debbie Demare at 8:29 AM