Thank you to the BRVCA, its Staff Jane & Jenny, the countless and committed volunteers, and all of the sponsors from our local businesses and many of the Lillooet business.  See the list here: www.bridgerivervalley.ca/winterfest/

This Winterfest was the 7th.  And it was SO MUCH FUN!!   If you couldn't make it this year, mark Family Day weekend in 2017 and be sure not to miss it!

I am pleased to share the news that the SLRD has been granted $1,999,530 from Canada’s Gas Tax – Strategic Priorities Fund, to replace Bralorne’s 90 year old sanitary sewer system.

The news release, with other background info and the accompanying release from the Government of Canada, is also posted to our website: http://www.slrd.bc.ca/inside-slrd/news-events/news-slrd-receives-2-million-grant-new-bralorne-wastewater-treatment-system

Huge thanks to the entire SLRD board who supported this application as the TOP and ONLY application from our Regional District.  Also to the SLRD Utilities and Communications staff who did this proposal that obviously technically scored so that we received this grant!  So awesome folks!!

And finally, thanks to the Federal Government for creating the Gas Tax funding system and showing that it can work for all types of communities in Canada, from the biggest cities to the smallest such as Bralorne.  We may be small but we are THE most spectacularly beautiful and most amazing (and affordable) place to live.

Want to know why this is so critical?  Read my previous posts (about 1/2 way down) on the topic:  http://www.debbiedemare.com/2014/10/results-hurley-river-rd-survey-more.html

I am very pleased to advise that a second round of Fuel Mitigation work has been funded.
$99k from the Strategic Wildfire Initiative (Provincial) and $10k from SLRD Area A Select Funds.

Fuel mitigation involves thinning, lower limb removal and ground debris removal to provide few available ladder fuels in the event of a forest fire.  You can see the first phase of this work in and around the south end of Gun Lake.  Kind of looks parklike.

On Thursday, January 21 and Friday, January 22, the Chiefs and several
councillors from the six northern St’át’imc communities met for a Community to Community(C2C) Forum with several directors of the Squamish-Lillooet Regional District (SLRD) Boardand the District of Lillooet Mayor and Council to share learning and explore ways that the organizations might work more collaboratively. Each of the organizations contributed staff resources to plan and deliver the event, with partial funding being provided through a C2C grant from the Union of BC Municipalities and the balance of the costs being contributed by the SLRD. The Forum, which was facilitated by EcoPlan International, took place in the St’át’imc community of Xwísten, near Lillooet.

There is much more information on the event at this link:  http://www.slrd.bc.ca/inside-slrd/news-events/northern-statimc-district-lillooet-and-slrd-gather-together-relationship-building-forum

I will keep you all up to speed as the relationship building between the SLRD (your local government) and the Norther St'at'imc continues.

Our Favorite Topic:  The Hurley
Wondering about the Hurley and how soon it might be open this year?

This picture, taken by Ray Mason at end of January gives you a visual.  This is the sign at the summit, buried that someone has run over & managed to bend. 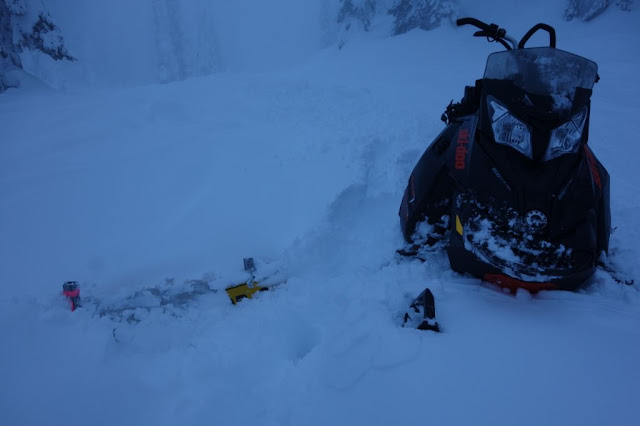 First point, if you're sledding on these roads watch out for the signs!

Backcountry Snowcats  groom the Hurley frequently and that whittles a little off the top, but it looks like we're going to have an average (i.e. lots of snow) year on the Hurley. By the way, the sign will be replaced in the spring with a 10 ft version.

Finally, do not drive up the Hurley just because it looks hard packed.    You will get stuck. Sledders on the road report back regularly about, and I'm sorry no other word for it, the idiots who drive up there, and yes, get stuck.

E-Value BC
BC Assessment has come up with an easy to use and very useful online tool to get property value information, property sales in the area and also to compare your property with neighboring property assessments.

Give it a try:  http://evaluebc.bcassessment.ca/ 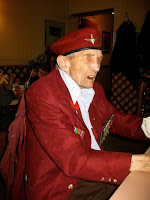 On behalf of all the residents and property owners of the Bridge River Valley, I send my condolences to the family and friends of John Garrett. I would also like to express sympathy and thanks to John's caregivers, your steadfast friendship along with care, allowed John to live out his his days in Bralorne.

The Bridge River Valley was John's home. And while I did not know Mr. Garrett personally I do understand his love and commitment to this Valley which he demonstrated by his choices in his life.

God bless you John Garrett, a life well lived.  May you rest in peace in this beautiful spot.

Posted by Debbie Demare at 2:18 PM