Do you feel safe in the Bridge River Valley?

Personal and Property Safety in the upper Bridge River Valley

In 2016 , through a number of phone calls and at meetings, concerns were expressed to me regarding personal and property safety.  The concerns cover a variety of areas and issues with varying degrees of seriousness.

In order to more accurately gauge the level of concern and in what areas,  valley-wide, I have put together a short survey.  It is anonymous.  I will publish the results so everyone can see.

If you could please complete this survey it would be much appreciated.


Sledding on the Hurley - Survey

See my previous blog with information on Hurley FSR re sledding:
http://www.debbiedemare.com/2017/01/sledding-on-hurley-and-more.html

Please complete by end of February.  We have had good response so far.

I will be publishing the results and also forwarding on to Rec. Sites and Trails for their consideration of how to proceed.

On November 30, 2016, the Governor for Montana declared a state of emergency for Montana's water bodies because invasive mussel larvae had been detected in the Tiber and Canyon Ferry Reservoirs.  An Incident Command Team was set up for this emergency and has been working on the situation.  As the crow flies, this means that mussels have been found 50 miles from the Columbia River watershed that flows from Alberta into BC and Washington. 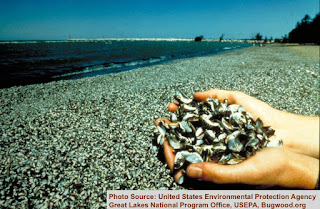 LRISS is keeping abreast of the Montana situation as well as the Provincial response.  We are on email lists for updates from Montana and BC.  The LRISS Board will also be discussion our Aquatics program in the coming months and how we can continue to do our part to prevent Aquatic Invasive Species from establishing in our region and BC.  Our partnerships with the Bridge River Community Association and the SLRD are key to our


Separate the good from the bad, and reduce what is lost forever to landfill with SLRD’s free downloadable signs

Get the graphics here:  http://www.slrd.bc.ca/inside-slrd/news-events/new-downloadable-graphics-help-citizens-navigate-their-trash

Posted by Debbie Demare at 8:40 AM